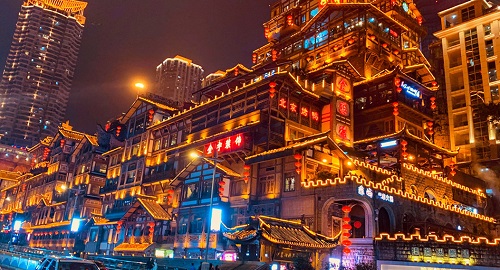 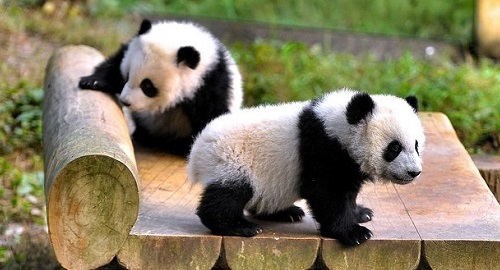 Chongqing has a significant history as well as much culture. As one of China's National Central Cities, it serves as a financial center of the Sichuan Basin and the upstream Yangtze. It is a major manufacturing and transportation center; a July 2012 report by the Economist Intelligence Unit described it as one of China's "13 emerging megalopolises". Chongqing is ranked as a Beta global city. Chongqing is also one of the top 100 science cities in the world by scientific research as tracked by the Nature Index according to the Nature Index 2020 Science Cities and home to several notable universities, including Chongqing University and Southwest University. 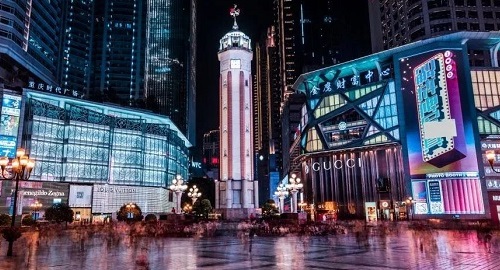 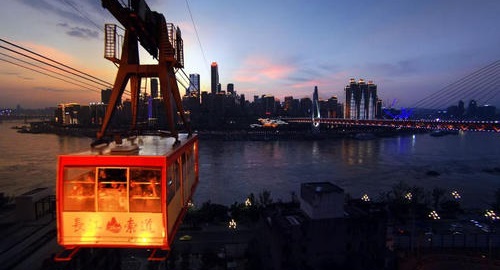 Dazu Rock Carvings contains all the cliffside carvings in Dazu County. The collection is composed of the rock carvings in Beishan, Baodingshan, Nanshan, Shimenshan as well as Shizhuanshan, all of which are of the highest artistic attainment and demonstrate the most exquisite skills. Dazu Rock Carvings was built from 650 in the Tang Dynasty and continued to the Ming Dynasty (1368-1644) and the Qing Dynasty (1616-1911). It is as famous as the Mogao Caves in Dunhuang, Gansu Province. The rock carvings in these places are very distinguished both at home and abroad. Among the rock carvings, there are more than 50,000 statues and over 100,000 Chinese characters of inscriptions and epigraphs. The Buddhist statues dominate in this rock carving group, and the Taoist and the Confucian stone figures can also be seen.

Wulong Karst National Geology Park, an important part of South China Karst, is situated at the lower reaches of the Wujiang River in southeast Chongqing. It was named as a world natural heritage by UNESCO in 2007. Wulong Karst features spectacular karst landscapes, including the three main parts of Furong Cave, Three Natural Bridges, Houping Giant Doline (Houping Tiankeng) and other scenic spots. Wulong Karst is a valuable treasure that nature created. It is a cluster of several karst landscapes, consisting of gorges, natural bridges, caves, eroded dolines, shafts and underground streams. These karst landforms developed in the carbonate rocks, vividly recording the development and evolution of karst terrain in the Three Gorges area since Pleistocene Era. Furong Cave, Three Natural Bridges and Houping Giant Doline are the three representative karst landforms, developing under the condition of intermittent uplifting movement of the earth.

Winding about 3,964 miles, Yangtze River is the largest in China and the third largest in the world after the Nile in Africa and the Amazon in South America. Originating from the Tanggula Range in Qinghai Province in western China, it traverses eleven provinces and cities from west to east, including Qinghai, Tibet, Sichuan, Yunnan, Chongqing, Hubei, Hunan, Jiangxi, Anhui, Jiangsu and Shanghai. Finally it pours into the East China Sea at Shanghai. Yangtze cruises between Chongqing and Yichang is a frequently-chosen itinerary. Tourists can discover a river abounding with amazing natural beauties and historic relics. During the cruise and the onshore excursions, tourists can enjoy the spectacle of Fengdu Ghost City, the unique architecture of Shibaozhai, the fun of drifting in Shennong Stream and the wonder of Three Gorges Dam.

Located on the Ming Mountain on the northern bank of the Yangtze River, Fengdu County is known to most Chinese as the 'Ghost City'. Having nearly two thousand years of history, the Fengdu City combines the cultures of Confucianism, Taoism and Buddhism with the mystique of ghosts. Many famous literary works like Journey to the West, Apotheosis of Heroes and Strange Tales of a Lonely Studio contain vivid references to Fengdu. Fengdu got its name as the Ghost City in the Eastern Han Dynasty. Two officials from the imperial court Yin Changsheng and Wang Fangping decided to come to Ming Mountain to practice Taoist teachings. Through self-cultivation they became immortals. Combining their surnames produces the term "Yinwang" meaning the "king of hell."

Situated on the bank of the Jia Ling River, not far from its confluence with the mighty Yangtze is the ancient village of Ciqikou, formerly known as Long Yin. Covering an area of some 291.6 acres (1.2 square kilometres), it is 9 miles (14 kilometres) to the west of Chongqing Municipality. Chongqing itself has undergone many changes over the centuries, changes that have not been reflected in Ciqikou with the consequence that the village conveys an impression of what Chongqing would have been like in the distant past. This fact has been recognized by the State Council and in 1998 Ciqikou became a protected cultural site.